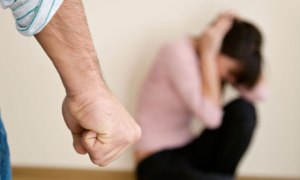 What you need to know about domestic violence:

2) Yes, women can be perpetrators of physical abuse too.  But remember, domestic violence is about instilling fear and intimidation through power and control.  If a woman of smaller stature hits her man, but fails to frighten and intimidate (since he can easily brush her aside), while she may be misbehaving, her man does not experience the traumatic effects of violent abuse.  And the flip side of this is true: If a physically powerful (or weapon-wielding) woman instills fear in her man, this is considered abuse.  Simply by virtue of the “typical” (but not always)differences in female vs. male stature and physical power, I will be using masculine pronouns for the perpetrator and feminine pronouns for the victim.

3)  There are specific behaviors/characteristics which are warning signs that the man WILL become a physically abusive (and is currently most definitely emotionally/mentally abusive.) Know them.If you are in a relationship, GO DOWN THIS LIST, and objectively compare each item to your significant other’s behavior….without making excuses or justifying.

4)  Even men who are at times extremely charming and extremely loving can be abusive.  In fact, typically these men lay it on EXTREMELY thick when it comes to showing their devotion and adoration. (and eventually they are saying manipulative and degrading things like, “No one will ever love you the way that I love you,” and in a weird way, that will feel like a romantic compliment.)

Don’t be fooled by what looks like intense passion for YOU; it is actually intense passion for having you. If a man abuses, you are considered his object rather than someone he genuinely cares for (The abuser believes he offers genuine love, but unknowingly can only operate with a detached, self-serving, and narcissistic relationship style.)– It is his aim to control, conquer, and covet you, (not to show you love in the way that benefits you.) and the attainment of his goals require dramatically charming gestures.

5)  Abusive men gravitate toward women who are people-pleasing, insecure, and emotionally fragile.  They seek ego gratification through a woman who proves herself succeptible to their false charms.  (A woman who is so charmed when someone opens doors and brings her to a fancy restaurant that she overlooks that he is rude to the waitress.)

6)  Being in a relationship with someone who is abusive (first mentally and emotionally, and then inevitably physically) will make you see reality in a distorted way.  Even if you started out as a confident, self-assured person, being in a relationship with an abuser will make you question your worth, and sometimes your sanity.  An abusive person is often overly paranoid, and defensive; He often distorts reality and  tells you your perspectives are crazy, and wrong.  Sprinkle all of this with a few overly romantic and genourous gestures, and over time, the victim comes to believe that there is something wrong with her.

If and when this happens, lean upon trusted outside sources to orient you to reality.  Your mom or your therapist or your coworker might raise an eyebrow or make a comment questioning your partner’s behavior.  CONSIDER this outside input, as your judgment may be skewed by the brainwashing that occurs when in such a relationship.

8)  If you are in a relationship that is emotionally, mentally, or physically abusive, there is help available.