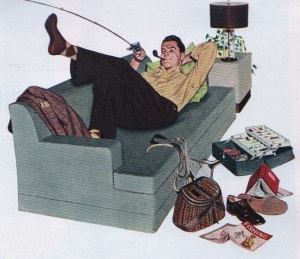 I was recently reading a great article about ADHD and marriage. Basically, the article described a type of “irritable, selfish, unhelpful, sometimes useless” partner, a partner often described to me in therapy by a frustrated wife, describing her schlub husband.   (Oh yah, one time in therapy, a husband described his wife as such. One time.  Probably not because women don’t drop the ball as often as men, but because men are less likely to care.  Shout out to my own overly-forgiving husband.)  If I had a dollar for every time a wife described her husband as “just another one of the kids,” in therapy, I would have about $41.00, and I would take my husband out to a pizza restaurant with my money as a thank-you for not calling me useless just because he has to remind me lots of times about lots of things.  Moving on.

Yes, it is true that adhd can often manifest in adults as “irritable, selfish, unhelpful, and sometimes useless” by an unknowing wife.  That is because adults with ADHD have a true neurological condition that makes them have difficulty tolerating frustration and boredom, forget things, fail to notice important details, have difficulty listening and following directions, act/speak without thinking, make poor decisions, and fail to plan/prioritize effectively.

And if someone happened to go through his whole life dropping balls and not quite measuring up to the expectations of teachers, authority figures, parents, girlfriends, and now his wife, this hypothetical man would probably have pretty poor self esteem, and this man would probably be especially sensitive to criticism.  This is why I add “defensiveness” and “heightened-sensitivity to criticism” as an accompanying trait to ADHD, which I have never seen in any research, but I have seen it time and time again in couples therapy. (And this is why I tell parents to get their kids with ADHD into talk therapy, because accompanying depression and feelings of inadequacy is very, very common.)

BUT.  SOMETIMES, “ADHD” is NOT the explanation for “irritable, selfish, unhelpful, and sometimes uselss.”  Sometimes ADHD has nothing to do with it at all.

2)  Sometimes we women “enable” and even on some level get something out of our men being “irritable, selfish, unhelpful, and uselss” because we just like being superior so damn much.  SUPERIOR.  Yes, I said it, because I see it often.  It makes us women the perpetual victims, and gives us something to complain to our friends and mothers about.  “Useless” husbands are sometimes the arm-candy of competent women, right?  Google “codpendence” or “enabling”– there has to be lots of articles on this phenomenon.  Maybe I will write one when my two year old isn’t running around my feet in circles licking the floor. Moving on.

3)  Sometimes, very rarely, our man is just a douche.  See “Narcissism” in google. Keep in mind, that primary narcissism (self absorption that has is not fueled by existing or past environmental/relationship factors.) affects a very, very, very tiny sliver of the population.

4)  There is a combination of ADHD, sensitivity, poor communication, and douchiness at-play.

Have hope, because couples therapy can do wonders for such a dynamic.

Thanks so much for reading this post that has gotten more and more rushed and ridiculous because my boys are playing “Ninja Turtles” and jumping off the table.