At least once a week, I observe the same cringe-worthy scene at 3:00 preschool pick-up:  The sweet, well-meaning teacher of a group of fifteen 3-year-olds has the same conversation with the same mother about the same kid:  “Danny* had a hard time keeping his hands to himself today;”  “Danny had to go on time out quite a few times today;”  “Danny had a little incident today.”

Danny listens, staring at the floor and tugging on the bottom of his mother’s jacket.  Sometimes I notice him biting his lip.

The thing is, Danny has already heard about his mistakes.  He heard about them hours ago when it happened, twice the day before, and six times last week.  My issue with this scene is simple:  I just fear is that Danny’s 3-year old characteristics of high-energy and impulsivity are becoming Danny.  Perception may somewhat be reality for us adults, but perception is dangerously-gripping reality for developing young children. 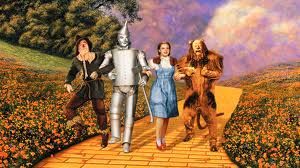 Don’t get me wrong, accountability is absolutely necessary, and I am by no means a “look the other way because Danny might not want to hear it” type of parent.   I just cringe at the repeated reminders of failures, in the shear absence of anything positive or even neutral about 3-year old Danny and within earshot of 3-year old Danny.  I fear that Danny, like the Scarecrow, the Lion, and the Tin-Man, is at risk for thinking of himself in one, ridiculously stereotyped way.   Some time a little before adolescence, I fear Danny will begin to tell himself something that sounds a little bit like the song, “If I only had a brain…” Only Danny’s song would be something like, “If I only wasn’t such a screw-up.”  And by the time he’s a teenager, it will be too late for a wizard to save Danny, too impossible for someone to issue him a medal, a diploma, or a clock just to make his perception switch from “screw-up” to “capable.”

The thing is, as of now, when our children are still young, we canbe their wizards.  So how do we as parents preserve our kids’ perceptions of their own minds, spirits, and hearts?  How do we accomplish such an act of magic in real-life where smoke and mirrors and skirting real issues only do our kids a disservice?  How do we keep our kids’ complex identities intact while still letting them know that it was not okay to hit or color on the walls?  How do we address the fact that sometimes our kids act heartless, cowardly, and brainless, without causing them to identify with those extreme labels?

Here are a few ideas:

1)  ALWAYS deal with misbehavior with the assumption that your young child has a spirit of “willingness.”  Assume that your child wants to please you and wants to “behave.”  Assume that if your child is misbehaving, then he or she is not capable because of where he is in his development, regulation issues, or emotional limitations.**  If you assume your child (or anyone for that matter) is doing his best, even when he falls short, he will try earnestly to live up to that assumption.  Treating your child as if he doesn’t care and is unwilling (frustration, power-struggles, etc.) is the surest way to make him actually stop trying and actually start singing that “screw-up song” to himself.  (The quickest way to get a preschooler to “share” is to tell his brother within ear-shot, “Danny is such a good sharer.  He will give you the toy as soon as he’s done.”  The quickest way to get a kid to follow the hallway rules is to assume his extreme willingness by giving him the label of “hall-monitor.”)

2)  Instead of repeatedly punishing the “misbehavior,” challenge yourself to figure out what issues are getting in the way of your child’s ability to “behave.”  Instead of repeated tirades about how Johnny can’t keep his hands to himself, matter-of-factly let Johnny know that he needs to work on thinking before he acts, and take the time to teach him”Simon Says,” and “Red Light/Green Light.”  Of course, time-outs, natural consequences (not being able to sit by the little buddy that he can’t stop talking to, etc.), should be immediate responses to misbehavior, but specifically pointing out that he has a difficult time thinking before he acts without judgement or condemnation is what makes the difference between the kid that says, “I am a good kid who happens to be working on a few things ” and the kid that says, “I am a bad kid.”  Getting the kid to think the former instead of the latter is the act of a true wizard.

3)  Once it’s over, it’s over.  Like a true wizard who can make a toad disappear into thin-air, you-too must master the ability to make your child’s mistakes be there one second and -poof- be gone the next.  The idea is, acknowledge matter-of-factly (with appropriate consequence if-necesssary), teach, and move-on.

4)  Of course, liberally point out the positive qualities of your child (relationship studies between couples find that happy couples have five times as many positive interactions as negative interactions, so I’d assume that ratio of 5:1 would be apply here too).

Pointing out the positives in your child is just good parenting.  However, challenging yourself to point out the balance of “good and bad” in all people, including yourself, makes you a wizard.  It is as important to point out (matter-of-factly) your own limitations as it is to point out your child’s strengths.  Cheerfully remarking that you forgot to lock the car door, and quite frankly, remembering things is something you are working to improve in yourself, sends several messages to your small, impressionable child:  1)  ALL people, not just Danny, make mistakes 2)  When we make mistakes, we strive to learn from them and practice to do better 3)  You are not a horrible person because you stood up three times during circle time today.

5)  Oh- And, as I’ve mentioned in earlier posts, celebrate and praise your child’s “effort” and “practice,” not the stuff that he is “automatically good at without any effort” or his easily-won successes.  And certainly don’t offer empty, general compliments such as, “you are so smart,” since such labels are unrealistic to live up to (no one automatically smart all the time in every topic), and downplays the important role of effort and practice.  (See the book Nurtureshock for the explanation of the super interesting research behind this 🙂  This will keep him motivated to keep trying, and not set him up for an unrealistic expectation that he better be automatically good, smart, capable, etc.  If your child tried to manage his anger by taking a break and taking deep breaths, but still ended up screaming his head off, notice the fact that he was making an effort so that he will continue to do-so with pride, and not simply give-up because he feels incapable of reaching the goal.

**Some boring description of what I mean by “limitations”:  Developmental limitations may include difficulty delaying gratification, trouble controlling impulses, trouble communicating with words, trouble managing emotions in socially-appropriate ways, etc.   Regulation problems are the easiest to identify and address.  Is the child over-tired (as Danny’s mom suspected), hungry, too cold, too stimulated with noise, action, etc.??  All of these can affect a child’s ability to “behave,” despite the child’s genuine willingness.  A common emotional limitation is fearing failure/”performance anxiety”/anger about ineffectiveness which leads to acting-out.  This cycle of getting in trouble, feeling like a failure, and then getting in more trouble looks a lot like “unwillingness,”  but don’t be fooled.  It is truly an emotional limitation that would be good to acknowledge and address.