Oooh, here I go again, saying the controversial stuff that needs to be said to a society that may or may not wanna hear it. Why? Because if it helps ONE person understand themselves and begin to heal, it is worth it.

Before I begin, let me say that religion can be good. Science says people who have faith in a higher power are literally, measurably happier than people who do not. Organized religion can offer a community of connection that is not otherwise available in our homes, schools, and places of work. When done right, churches offer support, assistance, and refuge to those in need. People can find purpose, reassurance, and relief in religion.

But. As a psychologist, I also see a dark and man-made underbelly of religion. I see what happens when people twist and use God and spirituality in ways that are emotionally dangerous. 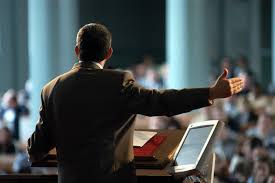 “Hyper-religiosity” is a clinical term used to describe a state of obsession-with and addiction-to religion or God. For the hyper-religious, one’s identity, perceived worth (in self and others), ability to understand/empathize, and personal value systems are narrow, rigid, and fully dependent on one’s religion. (More on this later.)

People who are hyper-religious often oscillate between self-loathing and overcompensating narcissism (because inevitably their own humanity conflicts with their narrow perceptions of “good”). At times they may project their own unmanageable shame onto others; at times they may martyr themselves as victims for a “holy” cause. They are categorical thinkers, rarely seeing shades of gray when it comes to behaviors or people, including their own children and themselves. And they are passionate and unmoving in their black and white views.

Researchers have found that individuals with OCD, Mania, and schizophrenia (conditions that are marked by rigid obsessions) are especially prone to hyper-religiosity, begging the question of whether there is a neurological correlate to the phenomenon.

It is important to recognize that hyper-religiosity can be dangerous, in a way that mimics the lifelong emotional traumas that occur in alcoholic/addict/codependent families. If you were raised in a hyper-religious family, you may relate to many of the following disturbing realities:

1) Much like children of alcoholics/addicts, children of the hyper-religious receive the message that their feelings and perspectives are not valid.
We readily accept that kids who grow up in alcoholic/addict homes grow up to learn that their perspectives and feelings are not worthy of consideration, or worse completely invalid. (parents in an addict household often try to cover-up or downplay the child’s very real confusion, fear, and anger. Worse, the parent overtly dismisses the child’s feelings by saying something like, “but he’s your father and he loves you.”) a hyper-religious household, it is the same.

Very real experiences such as sexuality, anger, hate, disrespect for authorities, questions about faith, self-focused impulses, homosexuality, etc; are dismissed as invalid. The only “valid” perspectives, feelings, and desires are those that are consistent with the believed doctrine. People who grow up in invalidating environments go through life questioning and dismissing their own perspectives. They often have difficulties even accessing their own needs and desires, let alone assertively advocating for them. They commonly enter into relationships with overbearing and narcissistic partners.

2) Much like children of alcoholics/addicts, children of the hyper-religious get the message that they are not “enough.”

Children of alcoholics/addicts, from an impressionable age, get the message that not even those who are supposed to love and care for them are reliably present and loving. They often grow up believing that love must be conditional, and spend their lives trying to earn the love and approval of others.

Children of the hyper-religious are actually explicitly told that their “salvation” or worth or acceptance or lovability is determined by another being; If they act or believe a certain way, they will be considered “enough.”

Like children of alcoholics/addicts, children of the hyper-religious go their whole lives seeking the feeling of “enough” from outside sources. If they don’t become religious addicts themselves, they commonly become workaholics, perfectionists (fitness fanatics,etc.), seek fame/fortune, or enter into relationships with the purpose of feeling completed by another person. They are at high risk for codependence, or staying in even dysfunctional relationships, as they are continuing to seek completion through an external being.

3) Much like children of alcoholics/addicts, children of the hyper-religious form protective false identities.

First of all, if a child is not allowed to experience the gamut of their feelings/perspectives (either due to “denying family secrets” in the case of alcoholism, or because it is inconsistent with religious doctrine, in the case of hyper-religiosity), a child never forms a true identity.  As mentioned before, a person who grows up in a hyper-religious household will begin to stifle and deny normal (but not acceptable) human experiences such as anger, hate, sexuality, selfishness, questioning etc.

In the place of a well-established sense of self, often “personas” emerge.  In the case of the child of the alcoholic/addict, children often adopt an “overly responsible” or “overly placating” child, in response to a flimsy identity and an environment that is unstable and rife with potential rejection. With the child of the hyper-religious parent, it is the same; They often adapt a false, protective identity as the “virtuous one” or the “rebel who doesn’t care” or the “martyr who is filled with guilt and only lives for others” or the “superior rescuer.” Any categorical false identity is problematic as humans experience different reactions and feelings in different scenarios, and ego-dissonance (anxiety) occurs whenever one’s actual self is inconsistent with one’s adopted persona.

4) Much like children of alcoholics/addicts, children of the hyper-religious struggle with trust and connection.

From an early age, the child of the alcoholic/addict learns not to rely on others for emotional well-being or safety.  They may carry this expectation that others will let them down throughout their lives. Trust is understandably difficult.

It is the same for the child of the hyper-religious.  Hyper-religious parents sacrifice real connection and empathy for the sake of blanket answers that are found within their doctrine.  A child may bare his vulnerability to a parent, only to be told to “pray about it” or “read this scripture.”  Or, a child’s needs may go unseen and unmet as they are simplified and misunderstood through the religious lens.  For example, a child who struggles with school may receive a lesson on the deadly sin of “sloth” instead of being offered a tutor and ADHD treatment.  Or, a child may be lectured about abstinence instead of truly helped through her relationship dilemma.  The more these misses in connection happen, the more the child comes to expect that actual human connection is not in the cards for him.  This perspective follows people throughout a lifetime in the form of entering into relationships that are cold and one-sided and adapting anxious or defensively-detached attachment styles.

5) Much like children of alcoholics/addicts, children of the hyper-religious are shrouded in shame.

As previously discussed, both children of alcoholic/addicts and children of the hyper-religious, are invalidated.  That is, their unique perspectives and feelings are dismissed as inconsequential.  In a hyper-religious family, often, not only are many feelings and perspectives considered not valid, but they are also considered not okay.  Often times children of the hyper-religious question whether there is something wrong with them for experiencing very  understandable and typical human emotions and perspectives.  And, often, they have no one to turn to during difficult times, because everyone in their family is pretending that they would never feel jealousy or anger or laziness or sexuality or hatred or lapses in faith (and on and on). Also, in a hyper-religious household children may be told that their perceived problems are easily resolvable with religious solutions.  If these solutions, such as “prayer” or “reading scripture,” do not offer resolution, the child now experiences an added layer of shame, as now they were either “doing it wrong” or unworthy of God’s help.

6) Much like children of alcoholics/addicts, children of the hyper-religious receive the message that the world/others are unsafe and unstable.

Children of alcoholics/addicts often suffer from lifelong anxiety. At an impressionable age, they are given the message that they may or may not be safe and consistently cared-for.

With children of the hyper-religious, the sense if insecurity and conditional-safety is often more overtly explained.  Often the “devil” or “eternal punishment” are explained to children matter-of-factly, as if they are developmentally able to handle such anxiety-provoking and identity-deteriorating concepts simply because it is doctrine.  Fear and conditional love is instilled at an early age.  The world becomes a place that is not only potentially dangerous; It is potentially horrifying.  In addition, hyper-religious parents often adapt a rigid, authoritarian parenting style which mimics the black and white dogma of their religion.  This results in a roller-coaster of rejection and admiration on the part of the parent, depending on how well the child plays the part of the dutiful follower. The unpredictable  (to the child, the rules are “arbitrary”) ups and downs within the parent-child relationship also contribute to interpersonal/social anxiety in the child.

As usual, just something to think about.  From the therapist who doesn’t shy away from tellin’ it like it is, but also welcomes your comments.