Failure? Say what? You mean like the time my sister got the dance company solo instead of me? The time I poured my soul into a DECA competetive event, only to receive a 63%? The time I showed up for my calculus exam without a calculator and the professor [understandably] looked at me like I was an idiot? The time I nearly got fired for going off-script during a teaching job? The time- nay, multiple times- a publisher has politely rejected my manuscript?

The time I sewed my kid a doll so deformed that it’s freaky little painted-on face scared one of his classmates? 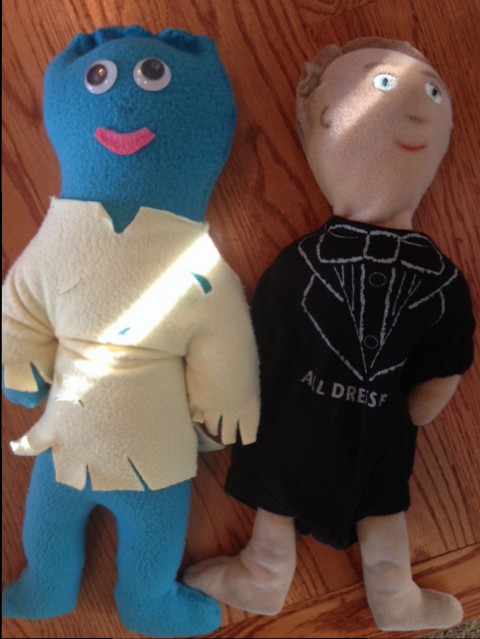 Behold the terrifying fruit of my legitimate effort.

I could go on.

I openly offer these examples in order illustrate how failure and setbacks are a part of everyone’s life. (A life lived outside of an insulated bubble anyway.)

However. In my clinical practice, I encounter adults and children time and time again who meet life’s setbacks with catastrophic devestation and self-loathing. These distorted ways of thinking are both the result of depression and the cause of the unhealthy behaviors  that maintain depression. It’s a vicious cycle.

I see the inability to tolerate failure in the teen who openly proclaims himself the next John Nash and his teachers morons, despite the fact that he’s failing Geometry. I see it in the woman who panics and over-eats in her efforts to stifle the intolerable reality that she has lost her temper on her child once again. I see it in the business owner who ignores customer service complaints, thereby running his store into the ground.  And it is through witnessing countless similar scenarios that I know that this is true: The only way around unhealthy defense mechanisms, avoidance, and utter self-sabotage is to tolerate the inevitable reality of failure.

Only after the defenses and games and distortions are dropped can we strive to overcome setbacks, or at the very least grow from them. Only after limitations are acknowledged can the teenager ask for extra help with his geometry proofs and begin to attack his looming pile of homework. Only after she acknowledges that she is a human with limits on her frustration tolerance (and not a robot) can a mother see that she needs some help and relaxation. Only after the entrepreneur faces his complaints can he address them and meet his business goals.

So. How DOES one learn to tolerate “failure”? When setbacks happen, how do we simply accept them matter-of-factly with  neither catastrophic nor personally meaningful interpretation?

Here are some important realities to keep in mind when experiencing your own setbacks and when guiding your children through theirs:

1)  You, like everybody else, were born with certain limitations and strengths. And that’s okay. There are actually a variety of unique skills, intelligences, and impressive characteristics that should not be overlooked simply because our society only seems to celebrate two particular skills. (Which skills? “Book smarts” and “being born rich and beautiful and leaking your sex tape.” Duh.).

2) You, like everybody else, are probably comparing your growth areas to everyone else’s strengths. Notice when you’re doing that, and STOP IT ALREADY! 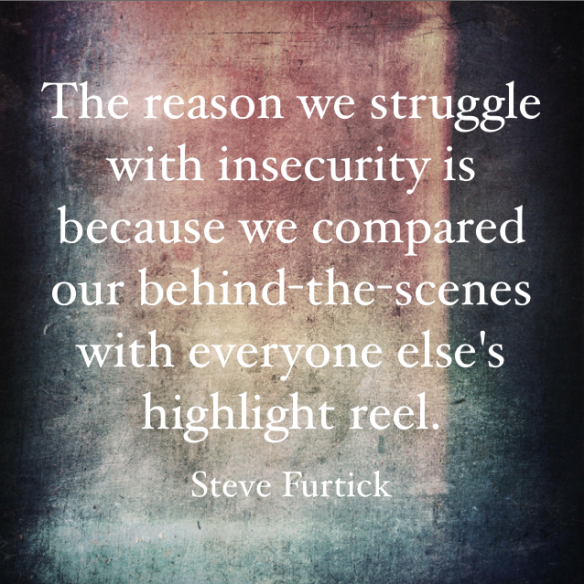 3) A “growth mentality” beats a “stagnant mindset” when it comes to self-concept and mental health. In other words, remember that, even if something doesn’t come easily, it is possible to  accomplish growth through practice and effort. (Just because a person may  have a harder time with organization and fractions does not mean he can’t get a daily planner and some tutoring to reach his goals.) I see too many people give up just because they avoid the perceived “failure” that something is not innately easy for threm.

4) The icky fall-out from setbacks is temporary, even though it may feel permanent.

5) The icky fall-out from the setback is specific to a situation, despite the fact that it may feel like it means your WHOLE life is crappy.

6) The icky fall-out from the setback may mean something about one particular aspect of your make-up (it may reflect difficulty with one particular skill, ability, etc.), but it doesn’t capture you in your entirety. Nor does it dictate your worth.

7)Remember that failing means you are trying, and failure plus awareness  equals learning.

If everyone thought of “tolerating failure” as a valuable skill instead of a ridiculous exercise in inferiority, there would be a lot less depression in both kids and adults.  Says the psychologist who practices writing all the time despite her natural difficulties with editing, organizing, and forming cohesive, nonrambling sentences. Because growth mentality and tolerating failure.

6 thoughts on “Yes, failure IS an option (unless you live in a bubble.)”