If I tell my five-year-old to sit down and draw or write something, he’ll maybe actually do it for about thirty seconds….

While his phonetics and creativity are great, his fine-motor skills leave much to be desired.  Plus he just gets BORED insanely easily (Just like his mama.  Poor kid.).  When required to do writing or worksheets, he may find distraction in rolling, peeling, or chewing his pencil; He may get sidetracked with  pulling his shirt over his face to transform into a cowboy; Or he might just decide it’s a good time to  create strange noises with his fingers banging on the table…

So how the heck did the same child described above just “write” and “illustrate” a book?  How is it that he now enthusiastically fancies himself an “author”?  How is it that overnight, he is now begging to write stories and draw pictures in his free-time?

Well, a few days ago, my kindergartener brought home a bound book from school.  A special bound book that his class wrote and illustrated that his teacher got professionally “published.”  The boy wouldn’t put down the book for two days straight.  He even read it to a mom during a play date.  He carried it around the house, on errands, and outside while he played, alternating between setting it beside him and hugging it to his chest.

My son had so much fun with the idea of having “published a book,” that he asked to write another book and “give it to all the kids that don’t have books.” (He had just learned about how some families don’t have enough money for food and other things at a lunch-packing play-date to benefit the local homeless shelter.)

I decided to capitalize on his new-found interest.  Okay, child of mine, let’s write this book.  I knew my son’s enthusiasm would quickly turn to dread if he were tasked with writing all the words of the book, so I decided to type as he told me whatever story happened to flow from his imagination.  Then I quickly printed out the pages, and grabbed markers while he was still interested in completing the project.  Since he hadn’t burned-out on writing the story himself, he had enough stamina left in him to draw the pictures… And he sat and earnestly colored every single picture in only two sittings (A major attentional feat made possible only because of the excitement he had about creating something of his own liking, and by the fact that he was challenged slightly outside his comfort zone, but not enough that he became over-burdened by the task.)

With a huge, proud smile plastered across my son’s face, we hopped in the car and raced to the copy center of the Office Max up the street (I let him stay up past his bedtime in order to do this). We got three bound copies made for a few dollars each, and long-story-short, today he has been clutching three books to his chest all day long 🙂

My easily-bored kindergrtener is now anxious to “write”and create more, and has big plans to write children’s books about monsters “that aren’t too scary, but are a little scary.”  For his next book, I might have him write a couple pages on his own…. And if I am careful to maintain his enthusiasm without over-burdening him, he might just be writing his own books by the end of the summer without any typing help from Mommy 🙂

So if you’re curious about the “book” recently authored by a five year old boy…. 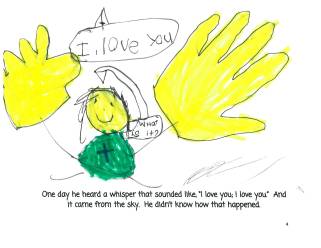 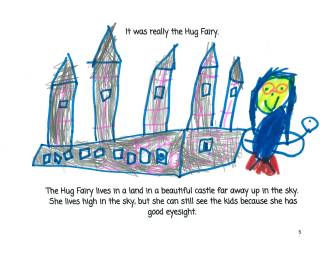 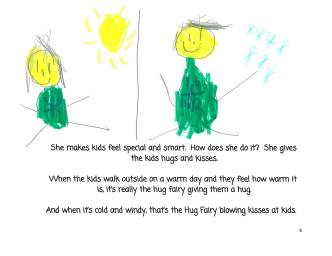 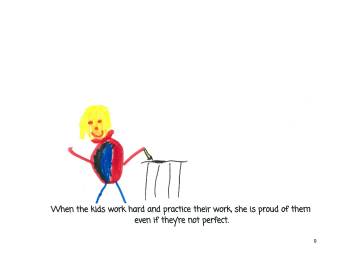 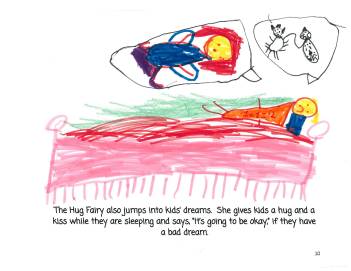 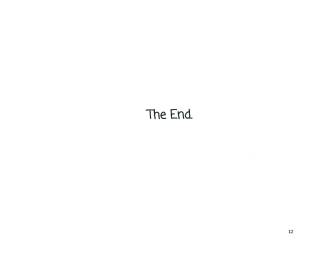